Sharing my Yom Kippur morning sermon, in honor of my kids’ school New Roads School, and in honor of those who keep being harmed just for being themselves.

When my kids were small, my 15 year old still in elementary school, we were having a day at the beach when a little boy came over and asked if he could play with them and their sand toys.  I don’t remember what they were doing… some imaginary process that involved multiple steps of pouring and measuring sand and sea water.  I’m pretty sure they were content alone, but they said yes, and the boy joined in.

What was interesting was that the little boy had some challenges with speech, communication, and what might be considered normative age appropriate behavior, and that was clear from the moment he came over.  But the children happily played together, led by my daughter as the oldest, and I remember my husband and I being proud of both of our kids as they adapted and re-adapted to the situation and created space so they could all enjoy that experience together.

When the little boy’s mother came over and told him they had to go, my husband and I praised our kids for opening their minds and their hearts to the child when they could have easily frozen under the pressure to entertain themselves and him since the interactions weren’t always easy.  My daughter responded with, “We learn how to get along with everyone at New Roads!”  We smiled knowing that the reason we had chosen the school we did was evident in her.

My kids go to New Roads School, and a big part of why is because of the promise of that exact moment.  It’s a school that was created to reflect the diversity of Los Angeles.  On an obvious level, that means children of all colors.  But on a deeper level unapparent to the eye, that means socio-economic diversity, sexual orientation diversity, gender identification diversity, and of course, a diverse community of learners with a variety of strengths, struggles, and quirks.  At New Roads, we have it all, but because we have the flexibility that comes with being a small school, the teachers are able to guide the students to not just navigate AROUND each other but to to navigate WITH each other. This is part of the culture and the curriculum.  And this isn’t just lip service.  It is truly what happens every single day.

Now, this all sounds lovely, but being a private school that does not send a child away as soon as he/she demonstrates an inconvenient truth about him/herself is messy business. I’m sure most of us believe diversity is important and don’t imagine ourselves as people who would run away from the opportunity to navigate WITH and not AROUND, but I also think we need to reach deep down inside and admit our own inconsistencies.  Are we nervous for our children to be around other kids who learn differently from how they learn?  Or for us to be around people who aren’t the same religion?  Are we nervous about having friends not in the same socio-economic strata? Or chatting with those who don’t share similar political beliefs?  Placing ourselves in unfamiliar social territory is messy business for us too.  So maybe we desire it, but in the end, pull ourselves and our children away from the opportunity to live and breathe diversity.

But you know what?  Diversity is good for us, like kale and exercise.

In an article presented by the Century Foundation entitled, “How Racially Diverse Schools and Classrooms Can Benefit All Students” it is examined how diversity in K-12 schools benefits students intellectually, culturally, and in attaining important life-skills. It says:

As Amy Stuart Wells, Lauren Fox, and Diana Cordova-Cobo of Teachers College Columbia vividly demonstrate in this important new report, “the benefits of school diversity run in all directions.” There is increasing evidence that “diversity makes us smarter,” a finding that selective colleges long ago embraced, and increasing numbers of young parents are coming to appreciate at the K–12 level. The authors write: “researchers have documented that students’ exposure to other students who are different from themselves and the novel ideas and challenges that such exposure brings leads to improved cognitive skills, including critical thinking and problem solving.”

…Apart from the cognitive benefits, there are additional reasons increasing numbers of middle-class families now want to send their children to diverse schools. Middle-class and white Millennials realize that their children are growing up in a very different country, demographically, than previous generations. For the first time since the founding of the republic, a majority of public school K–12 pupils in the United States are students of color. Students can learn better how to navigate adulthood in an increasingly diverse society—a skill that employers value—if they attend diverse schools. Ninety-six percent of major employers, Wells, Fox, and Cordova-Cobo note, say it is “important” that employees be “comfortable working with colleagues, customers, and/or clients from diverse cultural backgrounds.”

And so, understanding that getting out of our comfort zones and inviting in the “other” is good for us and our children, how do we, day to day, invite these opportunities into our lives?  Schools and jobs are part of the answer, but can we go beyond?  After recent events in Charlottesville, not to mention around the world, sitting around a table with diverse ideas and beliefs seems less and less feasible, doesn’t it?  How do we educate those who want to shut out diverse people and thoughts and lifestyles about the benefits?  How do we encourage a diverse population toward choosing peace?  How do we encourage each other to vote for diversity?  How do we invite into our spheres even those would dare to march down the street with torches in their hands chanting, “Jews will not replace us!”? For if we are to have true diversity, beyond color or religion or gender or identity, we have to walk toward those who appall us.  We can’t only run in the other direction.

An article from the Jewish publication “The Forward” gave me a piece of the answer.  In it the author suggests that the way to combat intolerance is not through our own hate and rejection, but to go directly to the communities that breed this kind of belief and… lift them up.  According to the author, Neo-Nazis are primarily products of broken homes, and the author refers to a Washington Post article that cites “an economy capsized, a job market contracted, a student-loan crisis erupted” as economic factors. Young men who need a place to belong, need a family, and need to blame someone for their situations, find homes within the Neo-Nazi movement.  The article reads:

What would it mean for American Jews to combat not merely Neo-Nazism, but also the conditions that contribute to it?  For American Jewish organizations, it would require opposing economic policies… that widen the chasm between America’s rich and poor. It would require pushing for more funding for the treatment of opioid addiction, and the kinds of issues that American Jewish groups don’t typically consider part of their agenda.

If we, as Jews, help those who are in these small towns where the poverty level is impossibly high with the mills closed, the jobs gone, and hope vanished and be part of their solution, we can change opinions. With the refugee crisis, Jewish organizations took the lead in guiding families not only to help them thrive but also to show them that American Jews are not a community to fear but one to embrace.  It may be time for us to embrace more communities where hatred is born and bred.

So, after our morning service today, part of our afternoon activities is going to be having a round table conversation about possible Tikkun Olam projects with the goal of doing something we don’t normally do as Jews… invest in depressed town where the community is nearly or in fact is one hundred percent non-Jewish, and invest not only in their futures, but in encouraging them to find faith-based organizations to call home.  In other words, help them find a church.

Now, I’m going to be honest with you.  I wanted to come up with some amazing task already set for us today.  But, as you may have guessed, it is difficult finding churches in small towns who answer the call for a synagogue to help them with church membership. 🙂  And when one of them referred me to a Rabbi that does a lot of interfaith work in North Carolina, her response was that we should “focus on the hurricane victims”.  I told her I didn’t understand why we had to choose.  So, instead we are going to have an open dialogue, brainstorm and collaborate how we could start a Jewish effort to lessen anti-semitism.  How do we go to the breeding grounds of hate and make a difference?

The end of the article in The Forward says:

In ways that would have been unimaginable to the Jews of medieval France, or 20th-century Eastern Europe, we answer hate by repairing the country in which we live. This is not a moment to turn inward. It’s a moment to reach out to the places we usually ignore or dismiss. By instilling hope in others, we can provide safety for ourselves.

In honor of my kid’s school, New Roads, and the many murdered or injured in the name of hate, let’s talk today and find a way to bring a little joy to a place that needs some hope.  And let’s pray that our efforts will encourage just one young man or woman to say no to anti-semitism, racism, sexism, and homophobia, and say YES to diversity.

**Since most of this blog’s readers were not with us when we held our discussion, please feel free to comment here with your ideas.** 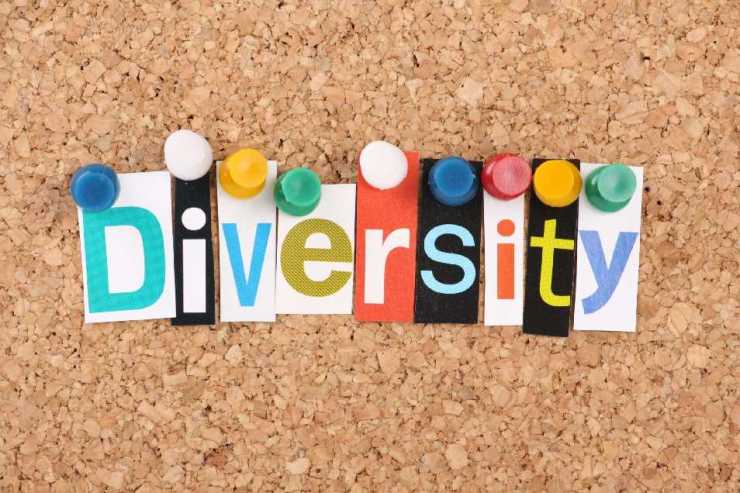